Joint Message of the Chairmen

In 2017, Portugal and Poland registered growth rates above the European average. Mozambique and Angola, despite the macroeconomic challenges they continue to face, saw their economies begin a process of recovery compared with 2016.

In Portugal, 2017 featured GDP growth of 2.7%, the largest annual increase since 2000. Portugal grew above the average European Union rate, thereby resuming the process of economic convergence.

The economy grew in a virtuous and sustainable way. Exports maintained their notable performance and productive investment continued robust, which will have a positive impact going forward. Unemployment, meanwhile, fell to 8.1% at the end of the year, which has a significant economic and, above all, social impact.

Looking beyond the generic GDP numbers, it’s important to highlight the way in which companies are investing, exporting and reaching out to new markets. For Portugal, this translates into a year of victories, proof that the Portuguese are creative and daring.

This dynamism allowed Portugal to formally exit the excessive deficit procedure, in June of 2017. Some months later came recognition, in the form of improved ratings from the main ratings agencies.

At Millennium bcp, on various different levels, we knew how to work to take advantage of the improved economic and social backdrop described above. The main feature of the year was our capacity to repay the total amount of state aid ahead of the deadline, which allowed us to recover our management autonomy.

We would highlight additionally three key milestones achieved by Millennium bcp in 2017. First, the increase of net profits to 186 million euros, with positive results in all the geographies where we operate. Second, the addition of more than 300,000 Customers across the Group’s operations, of which 100,000 in Portugal. And third, the very significant reduction of NPEs by 1.8 billion euros, in Portugal.

ActivoBank also saw strong growth of its customer base, adding more than 40,000 new customers in 2017, a 50% increase in the pace of customer addition compared with the previous year. ActivoBank finished the year with net profit of 2.73 million Euros.

In Poland, we proceeded with our ambitious expansion plan, which allowed us to achieve a net profit of 160 million euros. We continue to add new Customers, many of whom choose digital channels to reach and interact with the Bank.

In Mozambique, despite the macroeconomic challenges, Millennium bim increased its results significantly to 85 million euros, while return on equity rose to 24.2%.

Overall, 2017 was a year we can characterize as globally positive, in which we strove to ensure the development of the virtuous triangle that connects our Shareholders, our Customers and our Employees. It was a year of value creation and of normalization of the Bank’s activity. It was also a year in which we were recognized for our successes. Millennium bcp received a number of the most prestigious awards bestowed on the financial sector in Portugal and the other countries where we are present, namely Mozambique, Poland and Switzerland. In Portugal, we highlight the “Consumers’ Choice” awards for the banking sector, the “Best Digital Bank” award from Global Finance magazine, the most personal and innovative Bank with the best products for companies from Data E, and the prize for “Best Commercial Bank” for ActivoBank, from World Finance magazine.

In 2018, we will continue to position ourselves as a leading Bank, supporting the economy and families in Portugal and in all of the countries where we are present.

In conclusion, we would like to say a word of appreciation and thanks to the Employees of the Bank for their professionalism and dedication, to the Shareholders for believing in this project to build the largest private national Bank and to our Customers who are the reason for all our efforts. 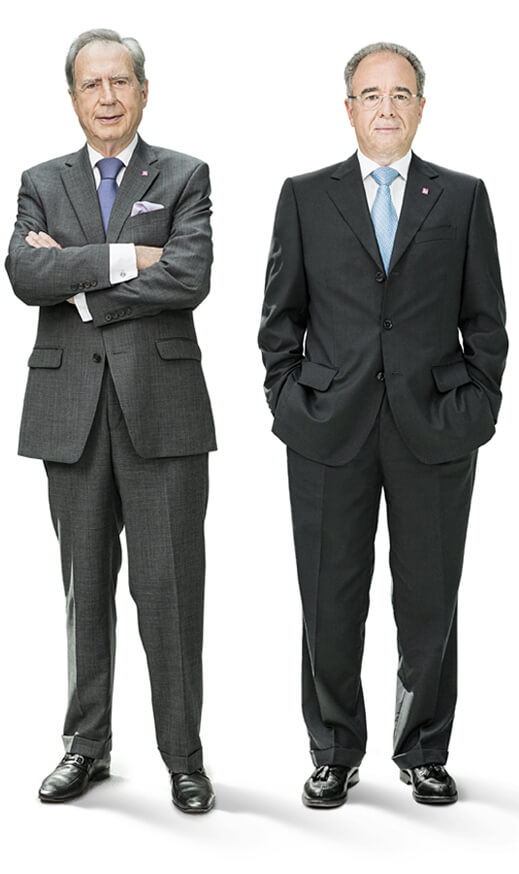 “In Portugal, (…) the year also saw a very favourable trend for overall business, with a particular emphasis on Customer addition.”

António Monteiro
Chairman of the Board of Directors