Message of the Chairmen 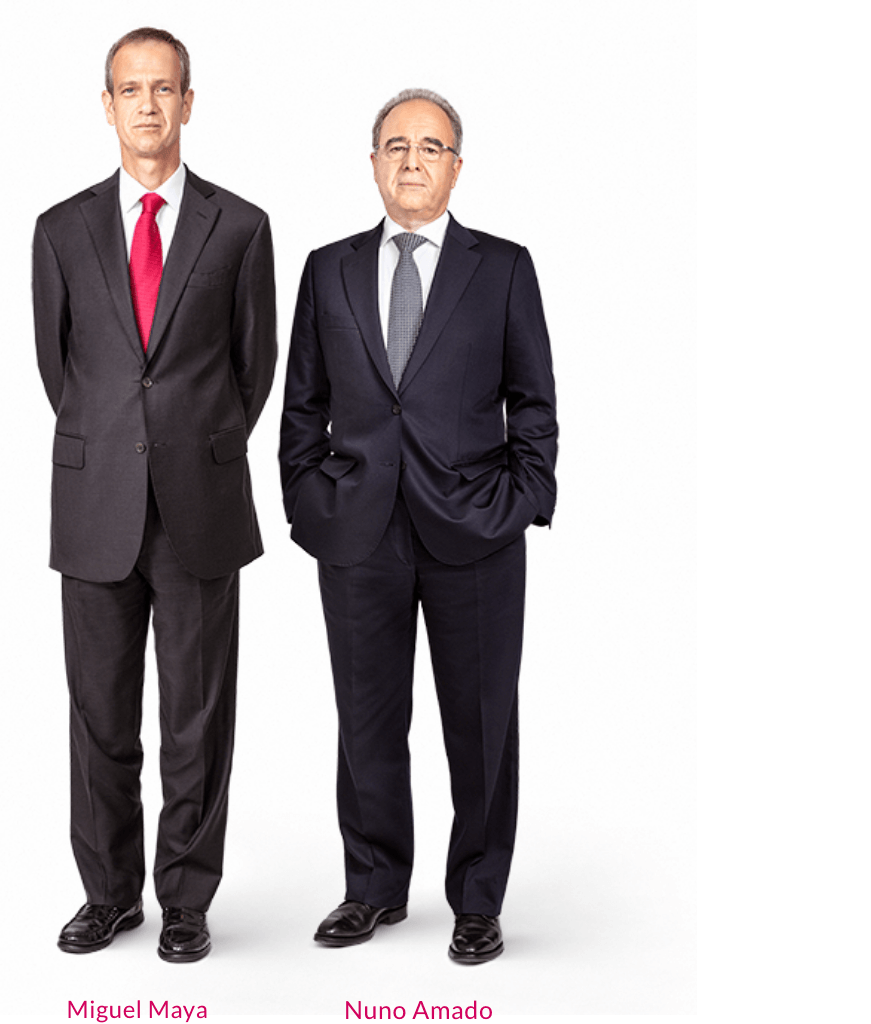 In 2019, Portugal’s GDP grew 2.2%, exceeding the euro area average (1.2%). Dynamic private consumption and the acceleration of fixed investment, powered by the construction sector as the real estate market showed renewed activity, compensated for the slowdown in exports of goods and services. The improvement of the economic situation and lower financing costs for the Portuguese Republic proved crucial for the consolidation of public finances and for the reduction of the public debt-to-GDP ratio, which fell to 117.7% in 2019 from an historic high of 132.9% in 2014.

In Poland, despite robust domestic demand, GDP slowed to 4.1% in 2019 from 5.2% the previous year, penalized by the slowdown in external demand. Even so, the growth of the Polish economy remained nonethless among the highest in the European Union.

In Mozambique, GDP growth was the lowest since 2016 (2.2%), as a result of the weak performance of agricultural activity, following the cyclones that hit the country in early 2019, the restructuring of public debt, and the decrease in foreign direct investment flows. However, the ongoing reconstruction process and the planned natural gas exploration projects are expected to underpin the recovery of economic activity in the near future.

The financial sector continued to face important challenges that affected activity and profitability, in particular for banks with retail and commercial banking business models, dealing with a long-running negative interest rate environment and with a regulatory framework that is not always homogeneous, with specific differences at the domestic level that create asymmetries in a competitive context in which new external operators are increasingly active.

In this context of greater volatility and unpredictability, Millennium bcp delivered consolidated net profits of Euros 302 million for 2019, which, despite reflecting a 29% improvement in the activity-related earnings, were strongly influenced by non-usual items with an aggregate negative impact of 86.9 million euros. Of particular importance was the non-usual negative tax impact of 53.8 million euros in Portugal, related to the derecognition of deferred tax assets as a result of legislative changes in 2019, aggravated by the current interest rate environment. 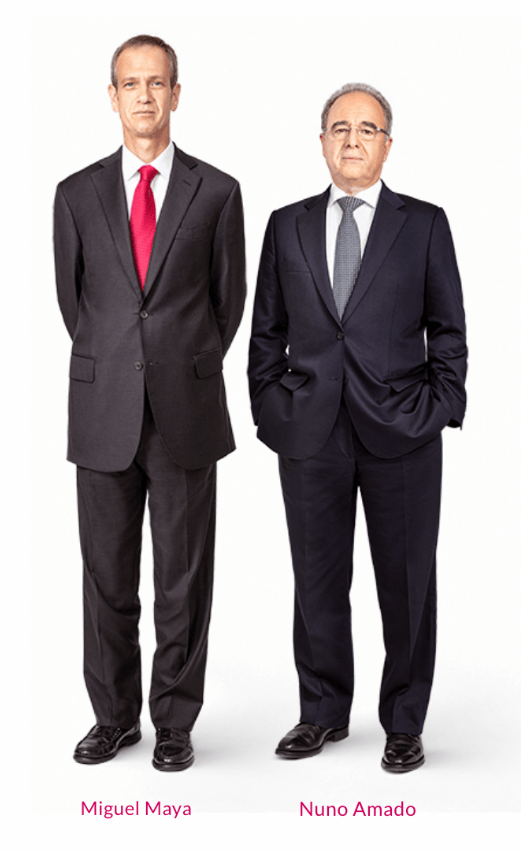 Consolidated profit before tax grew 12.4% in 2019 compared to the previous year, to 627.3 million euros, with pretax profit in Portugal growing 79%.

The contribution of the activity in Portugal to the consolidated net profit for 2019 was 144.8 million euros, rising 25.4% from the previous year, together with a 6.6% growth in total customer funds and a prudent and balanced growth in loans, translated into a 1.1 billion euros increase in the performing loan portfolio, up 3.3% compared to 2018.

International operations contributed 143.8 million euros to consolidated net profit, a decrease of 23.1% compared to the previous year, influenced by non-recurring items in Poland and by the equity accounted earnings of the holding in Banco Millennium Atlântico in Angola.

THE CONTRIBUTION OF THE ACTIVITY IN PORTUGAL TO THE CONSOLIDATED NET PROFIT FOR 2019 WAS 144.8 MILLION EUROS.

Bank Millennium in Poland ended the year with net profit of 130.5 million euros and an ROE of 6.4%, with a 26% growth in core income, which, in addition to the full incorporation of Euro Bank SA acquired in May, confirms the capacity for growth implicit the bank’s business model. The successful integration of Euro Bank SA, completed in a very short period (less than 6 months after the closing of the acquisition), was the result of proper planning and rigorous execution that allowed the bank to bring forward the achievement of synergies from this operation to 2020. In addition to the positive effect on the increase in business volumes, the incorporation of Euro Bank SA also had the expected negative impacts, with integration costs and with the constitution of additional impairments due to the initial recognition of the acquired loan portfolio.

Also in Poland, the financial year was unfavorably affected by the constitution of an extraordinary provision for risks arising from the litigation related to foreign currency mortgage loans, a product that ceased to commercialized in 2008. This provision is a precautionary measure aimed at mitigating a risk that in became more pronounced in 2019, as the subject gained intense judicial and media visibility. The bigger picture, however, remains unclear, as there remains a high degree of uncertainty about the outcome of the legal proceedings. The cases vary due to the different nature of the underlying contracts but also, even for contracts with very similar wording, they also depend on the judges who analyse them, which means there is still no solid statistical basis on which to infer trends in litigation.

In Mozambique, despite the economic environment of the previous year, Millennium bim’s confirmed the trend seen in previous years, recording a net profit of 99.5 million euros, a 3.2% increase from 2018, and achieving an ROE of 20.3%.

In Angola, despite the important set of economic reforms implemented under the International Monetary Fund’s assistance program, the economic situation remains challenging. The contribution of Banco Millennium Atlântico to the consolidated net profit in 2019 was 2.5 million euros, a reduction of 13 million euros compared to 2018, reflecting the reinforcement of coverage by impairments and provisions as well as the impact of the end of the application of IAS 29, as a result of Angola no longer qualifying as a hyperinflationary economy.

In 2019, Millennium bcp improved asset quality, reducing Non-Performing Exposures (NPEs) by 1.3 billion euros on a consolidated basis and by.6 billion euros in Portugal, thus continuing to accelerate the fulfillment of the objectives established in this area, which are of critical importance to consolidating confidence in the bank. At the same time, impairment coverage also increased, from 52% to 58%, with total coverage reaching 116% (109% as of December 31, 2018), together with a consistent decline in the cost of risk to 72 basis points in 2019 from 92 basis points in 2018.

The capital position adjusted to the Bank’s business model, with the Common Equity Tier 1 (CET1) ratio on a fully-implemented basis at 12.2% at the end of 2019, an increase of 21 basis points compared to the previous year, and the total capital ratio at 15.6%, both ratios clearly above the regulatory requirements defined by SREP. Organic capital generation, and issues of Additional Tier 1 (AT1) in January 2019 and of Tier 2 (T2) in September 2019, more than compensated for the capital impacts of the acquisition of Euro Bank SA and the revision of the discount rate for the pension fund.

The consolidated regulatory liquidity coverage ratio stood at 216% at the end of December 2019, comfortably above the minimum requirement of 100%, while the net loans-to-deposits ratio remained relatively stable compared to 2018, standing at 86% on December 31, 2019, with a 10.3% increase in balance-sheet customer funds and an 11.1% increase in performing loans.

The integration of Euro Bank SA and the robust commercial dynamics across geographies allowed Millennium bcp to continue expanding its global customer base in 2019, adding 705,000 customers compared to December 31, 2018, including an increase of 141,000 customers in Portugal. This expansion reflects customer recognition and confidence, the significant growth in the number of mobile customers – which in global terms exceeded 2.2 million and represent 40% of the customer base – is an important sign for the future profitability and sustainability of the business model.

THE INTEGRATION OF EURO BANK S.A. AND THE ROBUST COMMERCIAL DYNAMICS ACROSS GEOGRAPHIES ALLOWED THE EXPANSION OF THE GLOBAL CUSTOMER BASE IN 2019.

This increase in the bank’s customer base, combined with the a deep commercial relationship, drove the main business indicators to improvement significantly, with net loans to customers growing 8.6%, reaching 52.2 billion euros and total customer deposits increasing 10.3%, to more than Euros 81.6 billion, of which 62.6 billion euros are on-balance sheet funds.

The improvement has been acknowledged by Stakeholders, including Rating Agencies, whose upgrades in 2019 atested the improvement of profitability, asset quality and business model of Millennium bcp, with emphasis on the investment grade ratings attributed by DBRS to the bank’s senior debt and by Moody’s to the bank’s deposits.

An exogenous, totally unexpected factor has recently emerged: the outbreak of the SARS-CoV-2 virus (Coronavirus), which has a high rate of contagion and resulted in the rapid spread of the COVID-19 disease on a global scale, with a significant mortality rate. This led to the declaration of a pandemic by the World Health Organization on March 11, 2020. The immediate impacts of this pandemic, particularly in the European Union, have already reached an unprecedented dimension, with health systems under extreme pressure and several countries implementing severe containment and combat measures, including the declaration of a state of emergency in Portugal on March 18, 2020, for the first time since the country’s current Constitution was enacted.

All over the world, there has been a sudden slowdown in economic activity, as a result of the temporary confinement to which large proportions of the populations of the most-affected countries are subject, in which there are also strong restrictions to the economic activity of many companies in almost every sector, to contain the spread of the disease. The impacts of these measures, although still not totally clear, already point to a scenario of global recession.

In reaction to this unfavorable environment, the governments of countries in the main economic blocs and their Central Banks, including the ECB, have announced extraordinary fiscal measures and changes in monetary policy designed to mitigate the impacts of the crisis caused by the pandemic and to stimulate the resumption of the economy.

The increased complexity resulting from the impact of the Coronavirus does not change our course nor diminish Millennium bcp’s determination to continue preparing and transforming the Bank, which is essential to capturing the opportunities for growth and sustainable profitability that we are certain will arise once the adversities we now face are overcome.

The significant investments made in new technology and in the strengthening of competences proved fundamental to amplifying the Bank’s capacity for innovation and to provide solutions of excellence to our Customers, supported by new ways for them to interact and build relationships with Millennium bcp. We are on a journey, begun in 2018, to which we remain strongly committed.

We conclude with a word of gratitude from the Bank’s Board of Directors to our customers, employees, shareholders and other stakeholders, for the trust they place in us.

Nuno Amado
Chairman of the Board of Directors